Please welcome multi-published picture book illustrator/author Holly Hatam to Frog on a Blog! If you’ve read the New York Times Bestselling picture book Dear Girl, A Celebration of Wonderful, Smart, Beautiful You! by Amy Krouse Rosenthal, then you’ve seen Holly’s amazing art. Holly, who’s been creating art since she was a little girl, is also a greeting card designer, and a textile engineer. Her latest book, Dear Baby, A Love Letter to Little Ones by Paris Rosenthal was published this past September. Let’s hear more from Holly!

Please tell us a little about your background and how you got started in children’s book illustration. Have you always been interested in creating art?

H.H. My first year of college was a one year course studying every art medium. My professor saw that I showed skill in graphic design and suggested I study that after this course. So, instead of listening to my own heart, I followed the professor’s suggestion. After three years, I had my BA in graphic design. I had two jobs out of college working for design firms. I hated every minute of it. After being fired from both jobs, struggling for years as a freelancer designer and running my own wedding invitation company for 9 years, I finally listened to my heart and followed my dreams of becoming a children’s book author/illustrator.

I have been interested in art since I was a little girl. My parents tell me I was always drawing and would often hold gallery openings in my room. With taped drawings on the wall, I would charge my parents a 25 cent admission fee. As a little girl, my biggest dream was to become a children’s book illustrator and work in animation. Both of those dreams have come true.

What is your preferred medium to work with when illustrating children’s books?

H.H. I create all my art digitally. It makes it easier to make changes when editors and creative directors ask for massive revisions.

How important do you consider diversity to be in children’s books and how do you support diversity in your own work?

H.H. Diversity in children’s books is so important to me. Growing up in the 80’s as a person of colour, I felt invisible. I felt different. I never saw a character on tv or in books that looked like me. It made me feel so unimportant. It made me hate my culture and being different. And now as a mom, I still see the same thing happening with my son. My son is biracial, so it’s that much harder to find books with characters that look like him. I don’t want him to grow up feeling invisible like I did. I try whenever I can, to make the hero of my books a person of colour. It is my goal to shine the spotlight on every kid who has felt invisible or unheard. It’s time for them to be the heroes.

Dear Baby, A Love Letter to Little Ones by Paris Rosenthal, and illustrated by you, was just published in September. Please tell us more about this beautiful book.

H.H. Dear Baby is the third book in the Dear series. It’s a sweet book, filled with loving advice and encouragement for the little humans of the world. It reminds the little ones that there is no limit to what they can be, where they can go or what they can do!

Can you share a bit about projects you’re working on right now?

H.H. I have so many exciting projects on the go right now! I wrote and illustrated two more board books about Santa Claus and the Easter Bunny. I’m working on the fourth book in the Dear series; Dear Teacher. And I’m working on a chapter book series with the amazing Megan McDonald. I have several other projects as well, but I can’t share quite yet! 😉

As a bestselling picture book illustrator who has illustrated several books, do you have any advice for illustrators who are just beginning their journey?

H.H. My advice for illustrators is to always be true to who THEY are. Don’t compare yourself to other illustrators. Certainly be inspired by other artist’s work, but don’t try to emulate or copy them. You are a unique individual with your own unique story. If you illustrate what you love and what inspires you, it will shine through your work.

Where can fans go to connect or learn more about you?

H.H. You can connect with me on Instagram where I’m most active: https://www.instagram.com/hollyhatamillustration/

Holly Hatam is the illustrator of the #1 New York Times bestsellers Dear Girl, and Dear Boy, which she had the pleasure of creating with Amy, Paris, and Jason Rosenthal. Some of her other books include Made by Maxine, written by Ruth Spiro, and Jack (Not Jackie), written by Erica Silverman. Holly lives in Waterloo, Ontario, with her wacky husband and even wackier son.

I love picture books about dogs (I think I’ve mentioned that a time or two), so I’m super pleased to welcome author/illustrator Rob Biddulph to Frog on a Blog! Rob’s new picture book Odd Dog Out was just released December 3 by HarperCollins. Odd Dog Out features an adorable little dog who doesn’t feel like she belongs, so she sets off on a journey to find her place in the world. Rob’s stopped by today to share five literary dogs who have made an impact on his life.

Before we get to that, allow me to share three of my favorite dogs, one real, one literary, and one loved since childhood: my precious dog Java, Happy (from my book The Peddler’s Bed, illustrated by Bong Redila), and Sunshine (my stuffed dog in overalls, whom I received for Christmas when I was 7, and still have).

Now, let’s hear from Rob Biddulph, author and illustrator of Odd Dog Out!

Growing up, I loved reading anything and everything by Richard Scarry. His work has directly influenced me many times, particularly when I was working on Odd Dog Out. I tried really hard to cram as much detail into my artwork as he did in his. I love the idea that readers might spot something on the ninth or tenth read that they hadn’t noticed before. I would love trying to spot Dingo Dog, my favourite of his characters, as he zoomed through the pages of Storybook Dictionary or What Do People Do All Day?. He would always wear his white cowboy hat and drive his smart red sports car with sharks teeth painted on the front. I thought he was the coolest!

One of my all-time favourites. He was, in turn, funny, selfish, wise, crazy and reckless. But, in my eyes, he was always loveable. I particularly liked his British World War I flying ace persona. I had a plush version of Snoopy that would sleep in my bed with me every night. In fact, I think I need to go up into my attic and see if I can find him. He must be lonely…

I spent a large proportion of my childhood copying Jim Davis’s drawings of Garfield, Odie and Jon. I can still draw them perfectly now. When I speak to children on my book tours, I always advise them to have a go at copying their favourite cartoon characters from comic books or newspapers. Then I usually have to explain what a ‘newspaper’ is (!) but they eventually get the idea. I think that by working out how someone else draws a cat or a dog, it can really help when it comes to inventing your own characters. I always particularly enjoyed drawing Odie. That tongue! He’s just so loveable.

Dogger, the story of a little boy who loses his beloved toy dog at the school fair, is the first book I ever remember reading. In many ways, it has defined the art of storytelling for me ever since. I know from experience how difficult it is to squeeze a complete story arc into just twenty-eight pages, but Shirley Hughes somehow manages to take us on a journey through a huge range of emotions: happiness, excitement, worry, sadness and, ultimately, exhilaration. Rarely has the end of a story felt so satisfying. She also manages to throw in an element of mis-direction (we’re really not overly thrilled when Bella wins the bear) and hide a few visual clues as to what is going to happen within her wonderfully evocative illustrations. This makes the second read a very different experience to the first – something that is essential in a picture book that will, in all probability, be read night after night.

Has there ever been a dog less appropriately named than this gentle giant? Well, actually, yes there has. Fluffy, the three-headed chap guarding the trapdoor leading to the underground chamber where the Philosopher’s (Sorcerer’s) Stone was hidden. I would have liked to have rehomed Fluffy. I think he just needed some love and affection.

After taking the world by storm with his first two picture books (Blown Away and The Grizzly Bear Who Lost His GRRRRR!), Rob Biddulph decided to blaze his own trail and is now a full-time author and illustrator. Rob Biddulph was the award-winning art director of Observer magazine.

When not working doggedly on creating his characters, he makes up stories for his three daughters and draws pictures to go with them. He lives and works in London, and his very first book, Blown Away, won the Waterstones Children’s Book Prize.

Thank you so much, Rob!

Happy Holidays everyone! And remember, picture books, such as Odd Dog Out, would make great Christmas gifts for the little ones on your list this year, especially dog lovers! 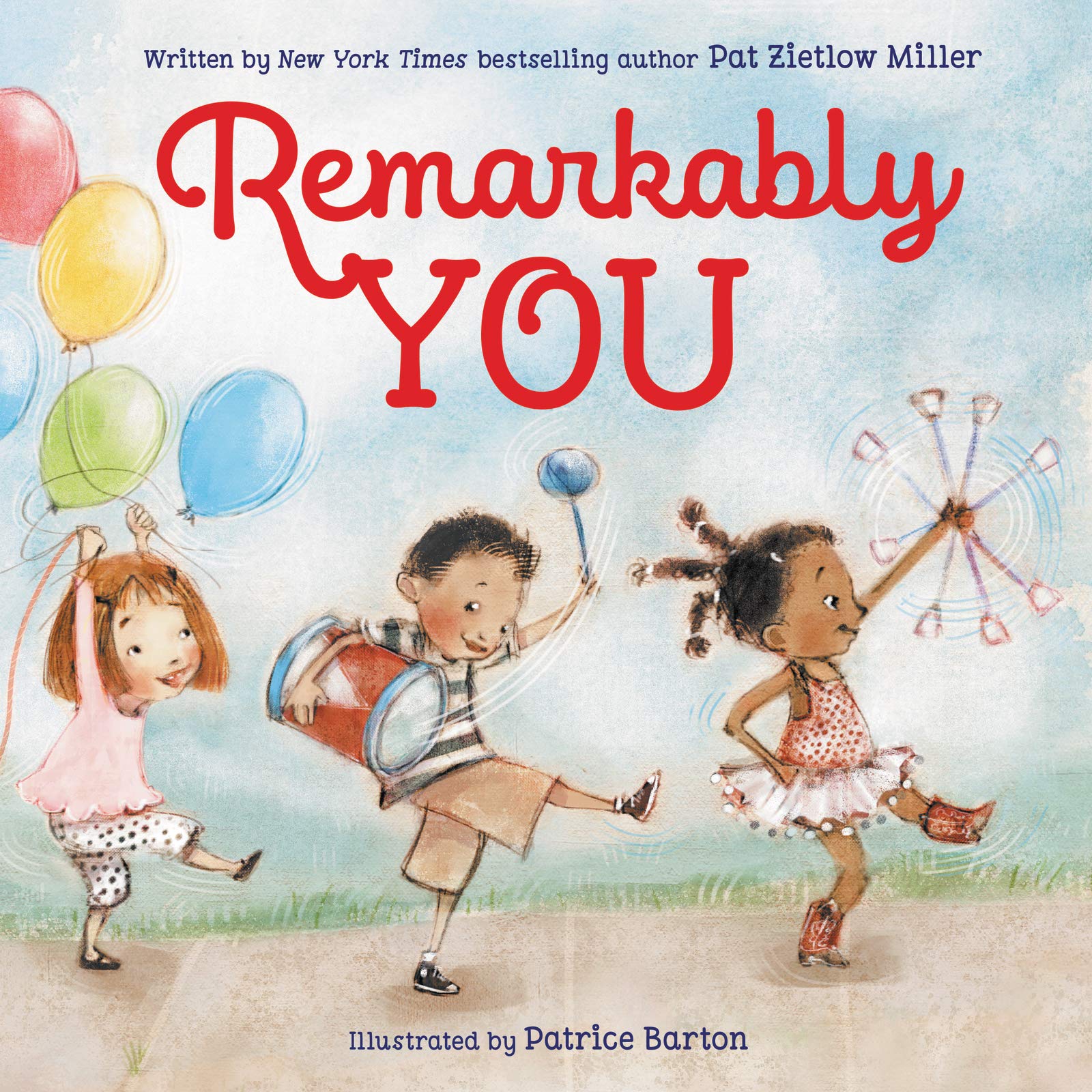 Do you have a children’s picture book coming out soon? I’d love to wish it a Happy Book Birthday here on Frog on a Blog! CLICK for more information.