Back in January, I posted about a year-long giveaway called New Year=New Beginnings that I’m offering here on Frog on a Blog–a new prize each month for folks who comment on blog posts. With so much negative energy floating around in the world, I wanted to do something positive to show my gratitude to my followers, fans, and friends for their support.

It’s December! Where has this year gone?! It must have been the fastest year on record, at least in my record book. My year-long giveaway is almost over–just one more month to go. I’ve had so much fun doing this giveaway. I really like giving. Giving feels good! 🙂 I may offer the giveaway again in the future, or at least something similar.

January’s prize was a copy of my book The Peddler’s Bed.

March’s prize was a set of Pilot’s pens, a Night Writer 2-pack with LED lights, perfect for writing in the dark, and a must have for writers or travelers.

April’s prize was winner’s choice of either a picture book manuscript critique (for writers) or a Personal Library Kit (for book lovers).

May’s prize was a set of two darling bookmarks: A Hippo and a Crocodile.

June’s prize was a Maurice Sendak Nutshell Library box set that includes four tiny classics: Alligators All Around, Chicken Soup With Rice, One Was Johnny, and Pierre.

July’s prize was a set of two music CDs by the amazing Emily Arrow: Storytime Singalong volumes 1 and 2!

October’s prize was a stylish scarf designed to look like a library due date card.

November’s prize was a new copy of an old classic: Stopping by Woods on a Snowy Evening, a picture book that pairs Robert Frost’s poetic text with Susan Jeffer’s dreamy illustrations. Love this book! 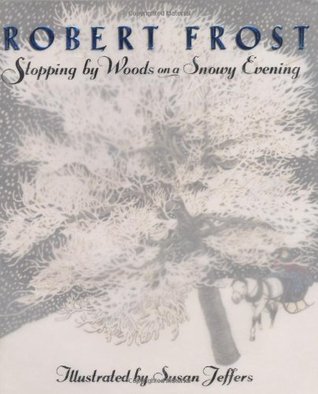 And the winner of November’s Prize is…

Congratulations, Vivian! I will e-mail you for your mailing address. I hope you like this book as much as I do!

There is still one more chance to win this year (though the winner will be announced in early January)!

For December’s giveaway prize, I am starting where I began, and offering a signed copy of my picture book The Peddler’s Bed. If you already have a copy, or would just prefer, I’m offering an alternative prize: a picture book manuscript critique from me. 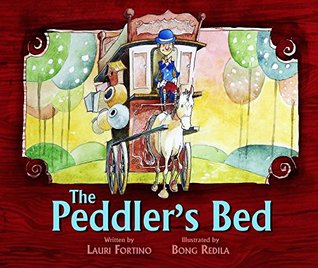 *Due to contest/sweepstakes regulations in other countries, this giveaway is available to U.S. residents only. I’m very sorry fans and followers from other nations. I still appreciate you! All winners are chosen at random.