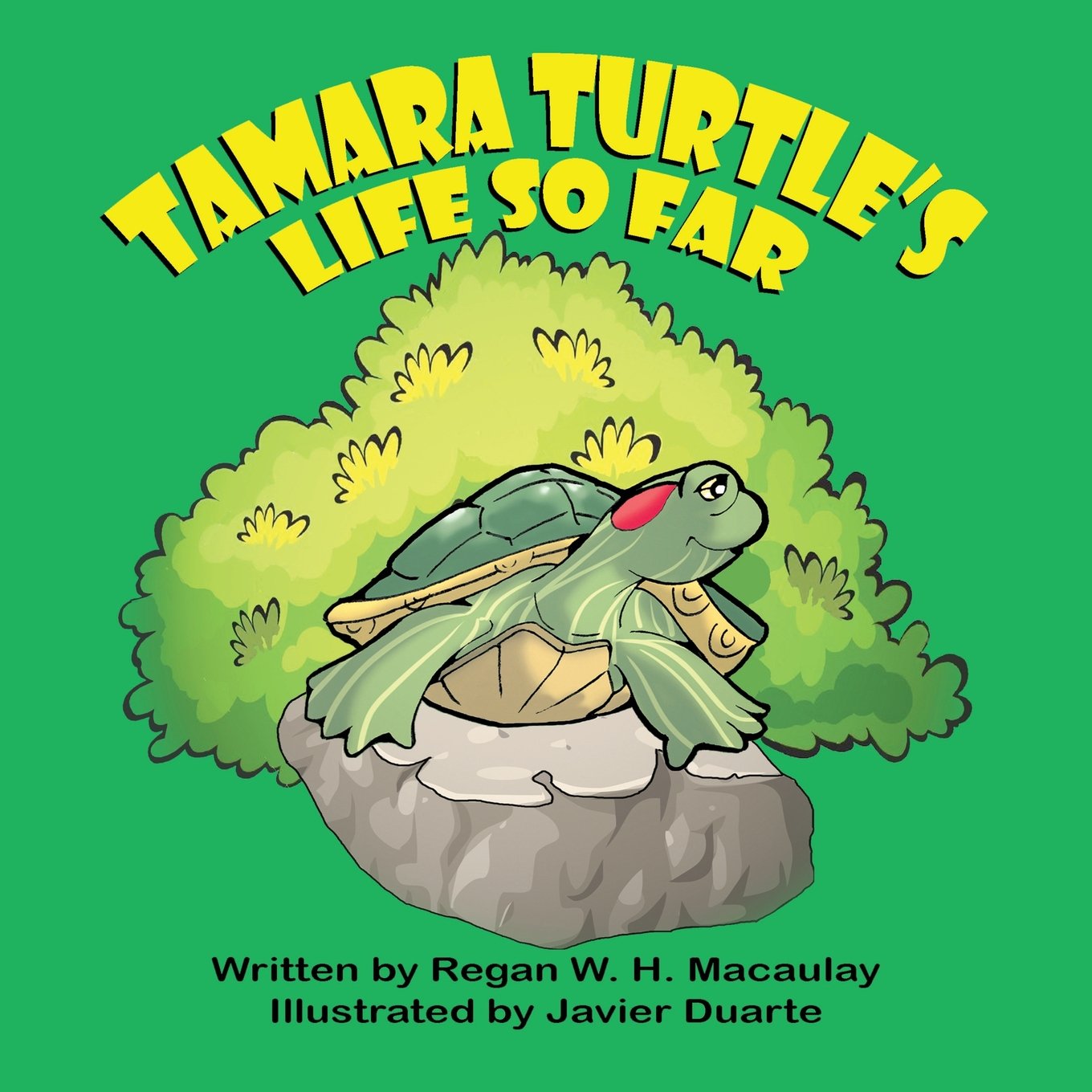 From Back Cover: A good Samaritan takes her to a local animal shelter that cares for “special species” like Tamara. There, she learns about the plight of rescue turtles just like her.

When Tamara, a baby Red-eared Slider turtle, was chosen from the pet store and taken home by a little boy and his mom, she thought it was the start of a good life. And it was good, for a while, until the boy lost interest in her and forgot to clean her tank, and sometimes even to feed her. Not knowing the right thing to do, the boy’s mother released Tamara into a nearby creek. But the Painted turtles who lived there told her she didn’t belong, so Tamara set off to find a place where she did belong–a place where she could thrive.

I love reading animal stories, and if I can learn a little something in the process, all the better. Tamara Turtle’s Life So Far is engaging, with an interesting story and delightful illustrations, and it’s also educational. Readers, young and old, will learn how to properly care for a Red-eared Slider turtle. I learned that owning a Red-eared Slider requires a lot of commitment. They require a tank with room to grow, clean water, and lamps to bask under, among other things. I also learned that Red-eared Sliders should not be released into just any old creek or pond. Doing so will disrupt the ecosystem and displace native species.

Growing up, we had several pets in our home: cats, hamsters, fish, a parakeet. We never had a turtle, but I think I would have liked one. Having pets is a terrific way for kids to learn responsibility. And caring for animals helps children develop compassion for other living things. That said, if you’re going to get a pet, it makes sense to learn all that you can about the animal’s needs first. Make sure that you and your child are ready before you bring home that dog, snake, iguana, rabbit, guinea pig, gerbil, etc.

And if you have a child at home who’d really like to have a turtle for a pet, Tamara Turtle’s Life So Far is a great first guidebook on turtle care.